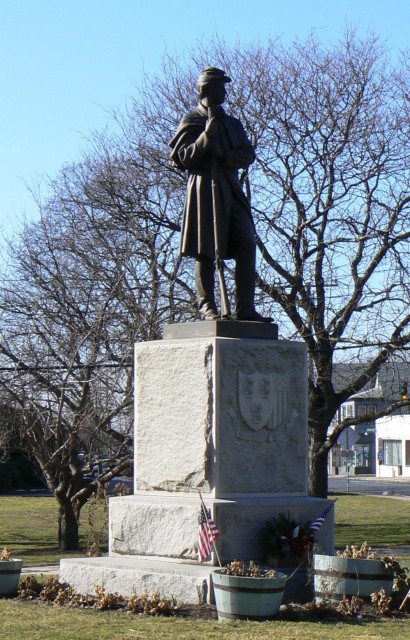 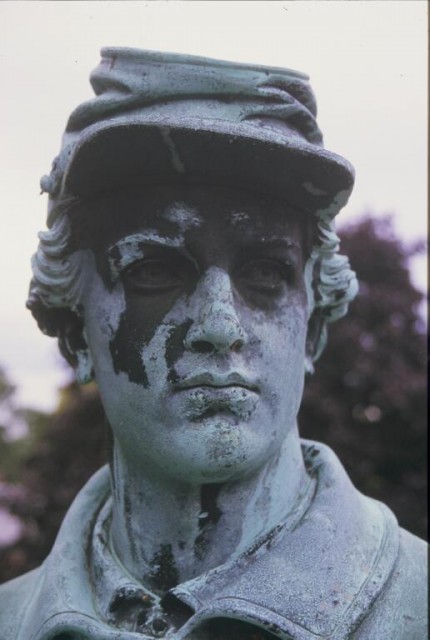 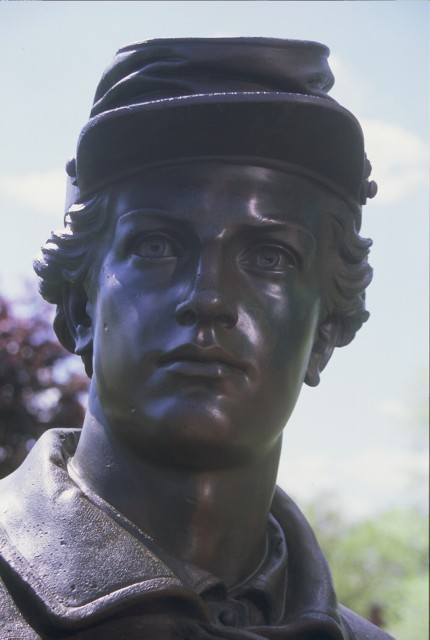 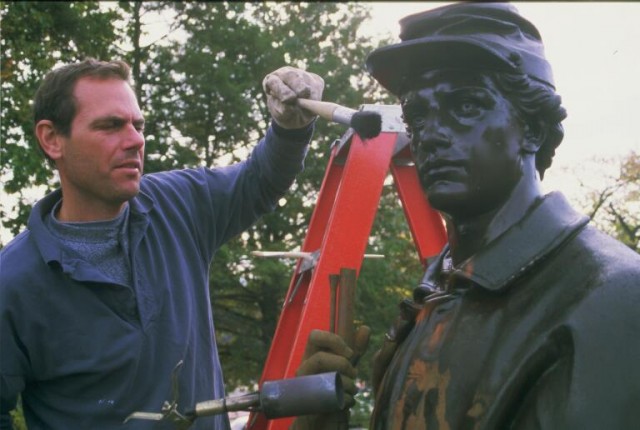 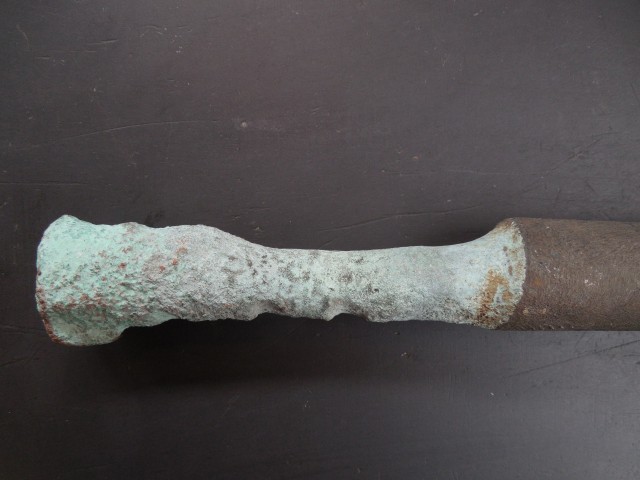 The campaign to erect the Soldiers’ Monument in Manchester, CT, was prompted by the Colonel Albert Drake Post of the Grand Army of the Republic in honor of Albert Drake, colonel in the 10th Connecticut Volunteer Infantry, who died on June 5, 1862.  The campaign raised $3,000 for the memorial to the “War of Southern Rebellion,” and the monument was sculpted by Charles Conrads, noted chief sculptor for the Batterson Monument Co., in 1876.  The Batterson Monument Co. was one of the premier providers of Civil War memorials, most of which were stone and drew from Batterson’s vast quarries.  However, when the client demanded, the company also produced bronze sculptures like the Soldier’s Monument.  Charles Conrads (1839-1920) came from Germany and worked for Batterson for his lifetime.  He sculpted a granite figure of Alexander Hamilton in 1880, as well as many other Civil War figures for which he won acclaim.  His soldier commemorating the Battle at Antietam, Maryland, was the first to be depicted at parade rest, and his “American Soldier” was displayed at the Philadelphia Centennial Exhibition of 1876.

The bronze was soiled from outdoor display and had active corrosion from both a failed patina and protective coating.  Remnants of original brown patina could be seen in the protected recesses.  The single bronze anchor  securing the sculpture to the granite base was originally set in molten sulfur which caused severe corrosion and structurally compromised the anchor.