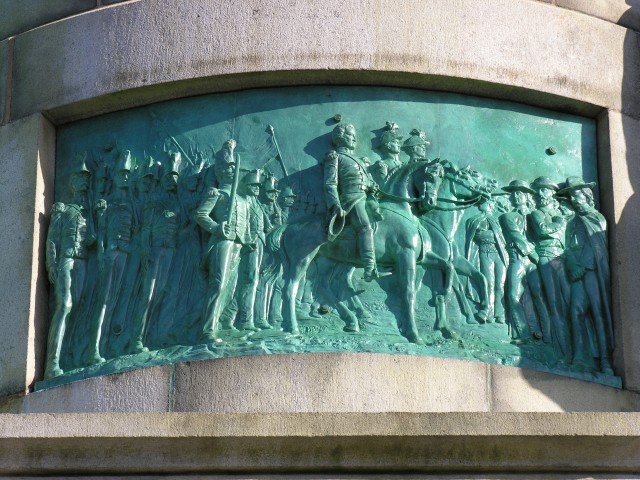 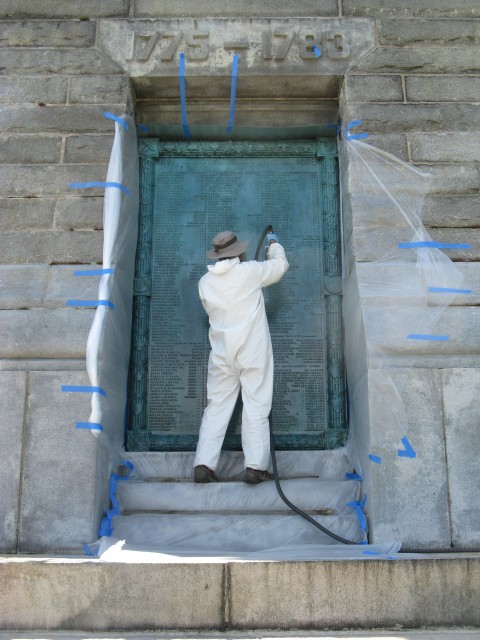 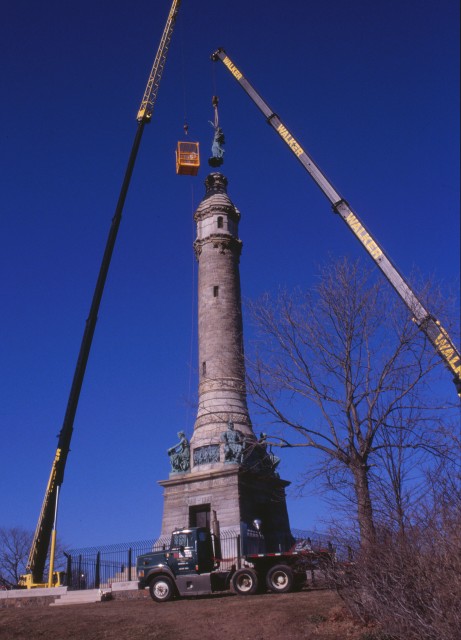 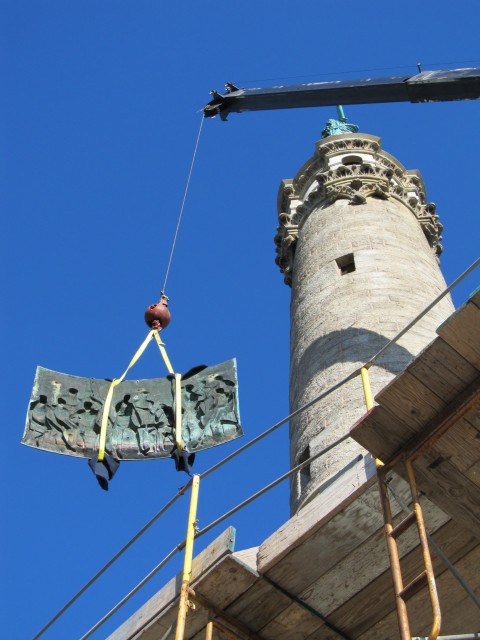 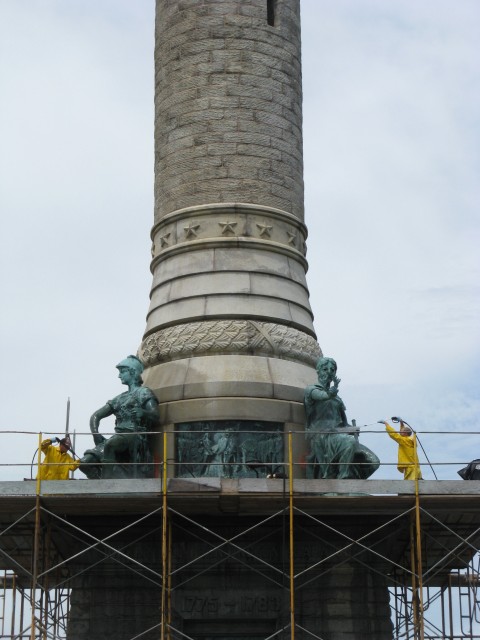 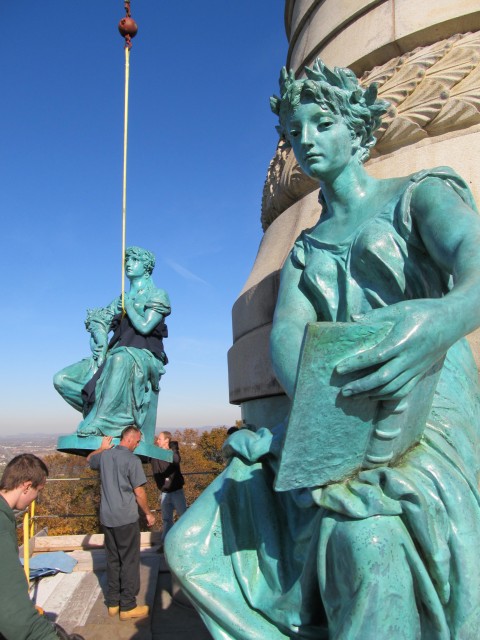 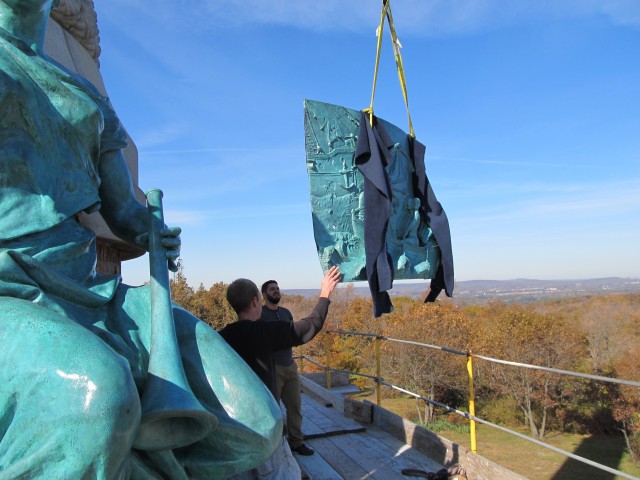 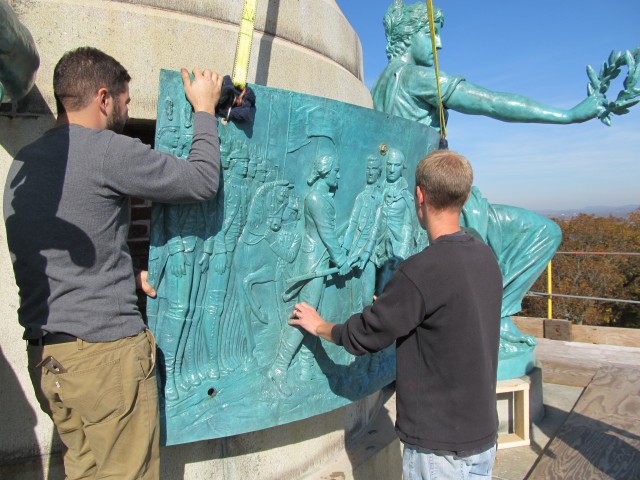 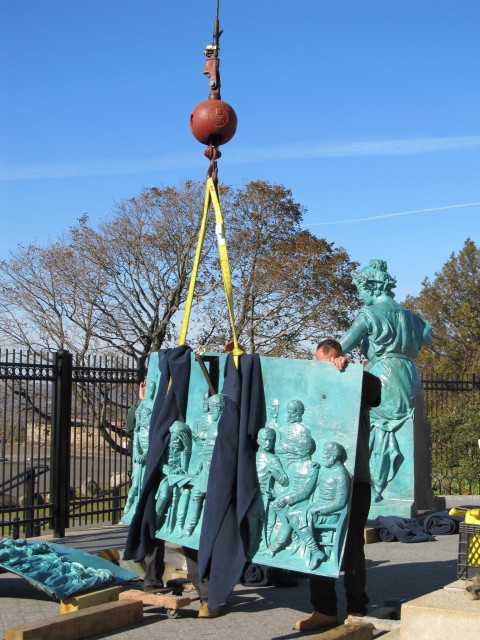 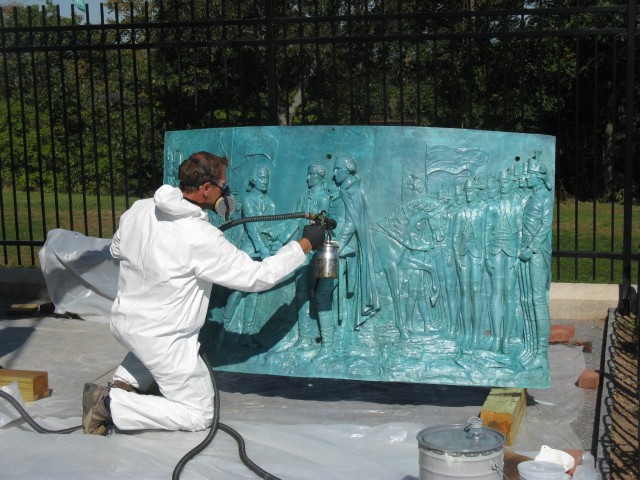 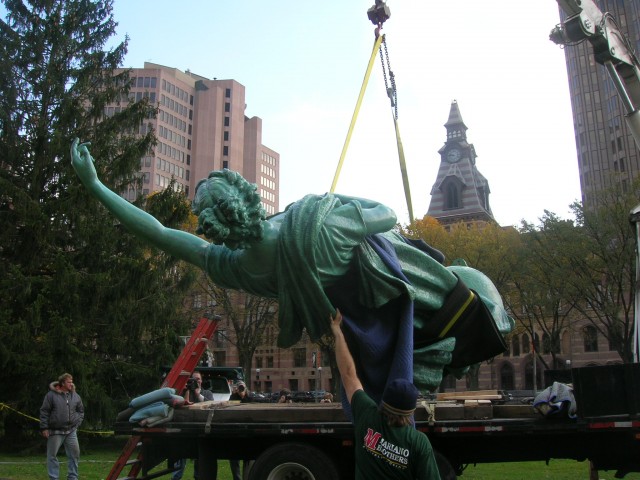 Soldiers and Sailors Monument. Rigging Sculpture to return to tower after bronze treatment.

The most prominent monument in New Haven, CT, and a maritime navigational beacon for the Long Island Sound, the Soldiers’ and Sailors’ Monument honors those who lost their lives in the Revolutionary War, the Civil War, the War of 1812, and the U.S.-Mexican War. The monument was first proposed in 1878, but nearly a decade of planning and fundraising followed, until the monument was finally erected and dedicated in 1887. The planning committee considered more than 20 submitted designs before settling on the proposal by Moffitt & Doyle, Associated Sculptors, of New York City. Moffitt & Doyle were contracted to execute both the design and construction of the monument, which they did with the cooperation of the New Haven firm Smith & Sperry, and the Hallowell Granite Company of Hallowell, Maine. The monument is sited at the top of a dramatic basaltic cliff overlooking downtown New Haven and its harbor.

At 110’ high overall, the Soldiers’ and Sailors’ Monument at East Rock Park is the second tallest Civil War monument in Connecticut, after the Soldiers and Sailors Memorial Arch in Hartford. The monument crowns the stunning basalt bluffs that rise 366′ above the shoreline and surrounding city. Broad steps lead up to the monument’s base from all four sides, and the top step forms a 4’ wide promenade. The square granite base supports a 9’ high bronze figure at each of its four corners.  In the 19th century allegorical tradition, the four female figures on the base represent History, Patriotism, Victory, and Prosperity. An 8’ long bronze bas-relief panel adorns each of the four faces of the base between the figures, depicting key battles in the major wars up until the time of design. The 75’ tall tapered shaft of smooth red granite contains a spiral staircase which leads to an observation level just below the crowning figure, the bronze Angel of Peace, who stands 11’ tall,  holds out an olive branch with her left hand.