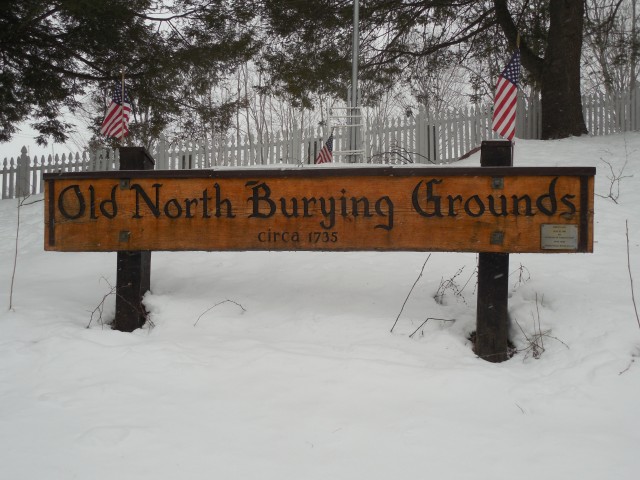 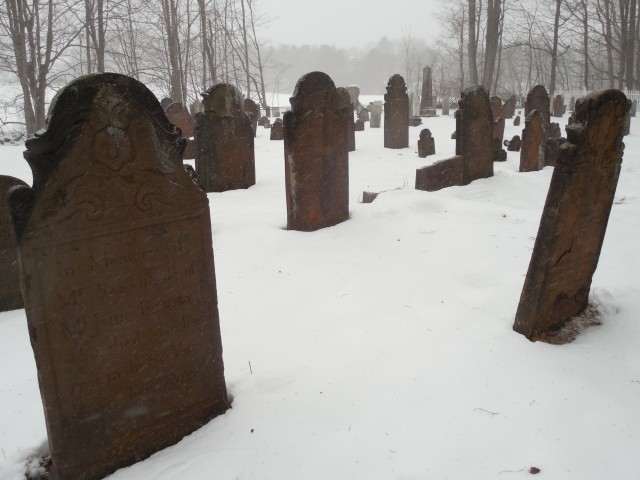 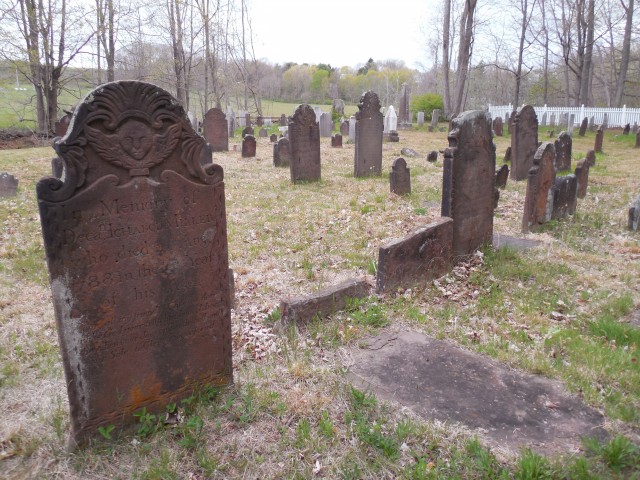 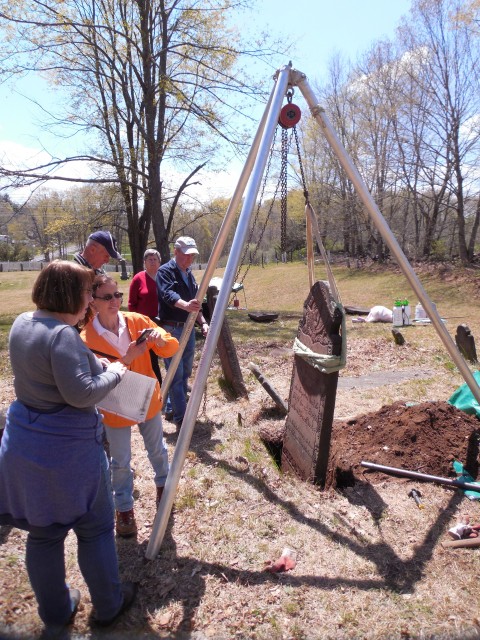 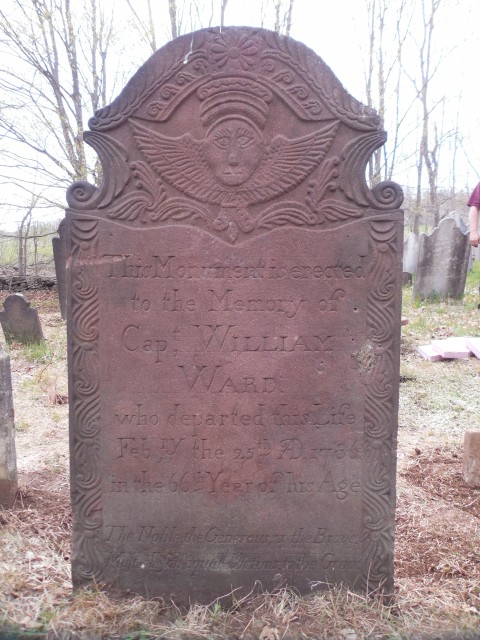 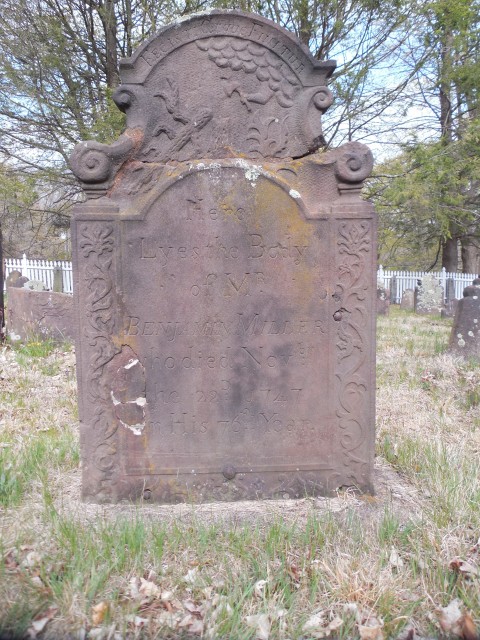 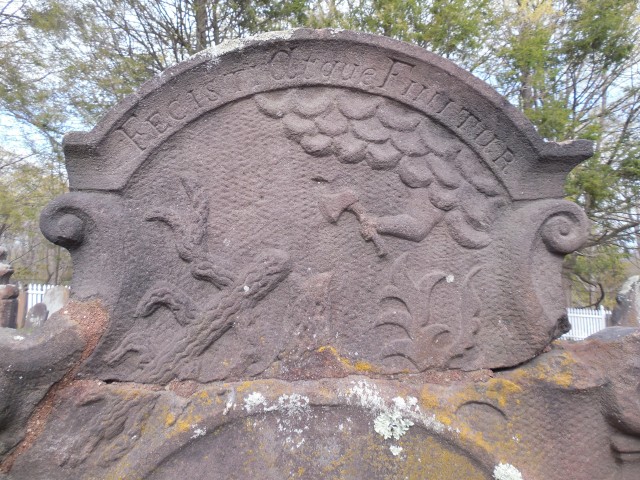 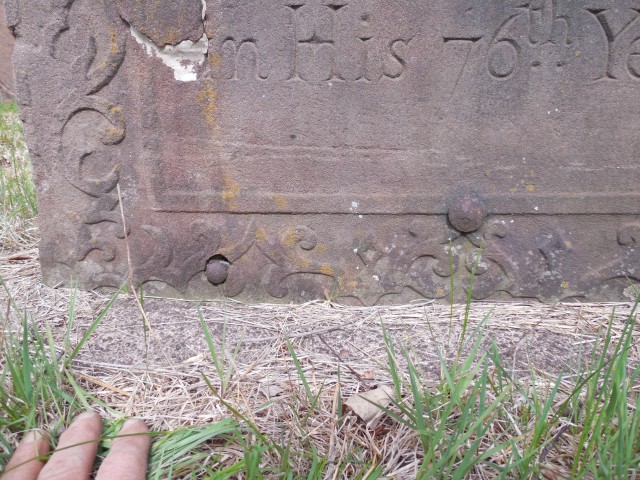 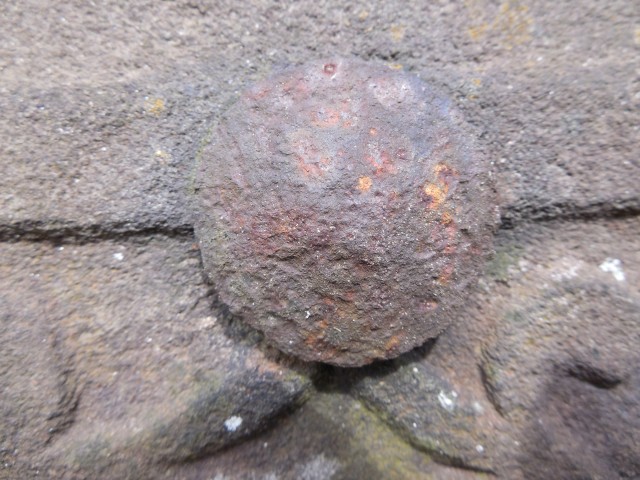 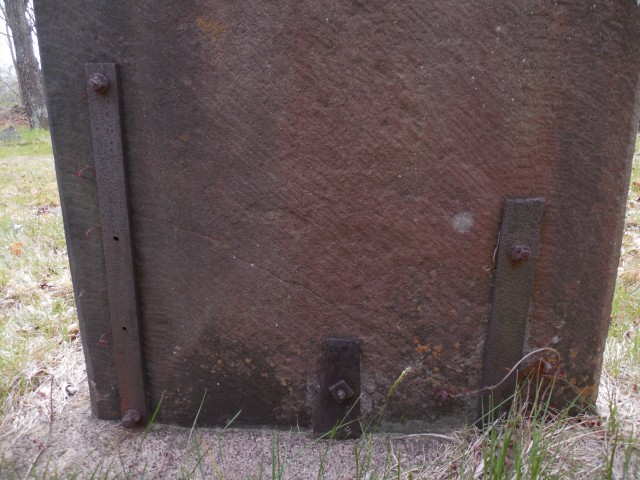 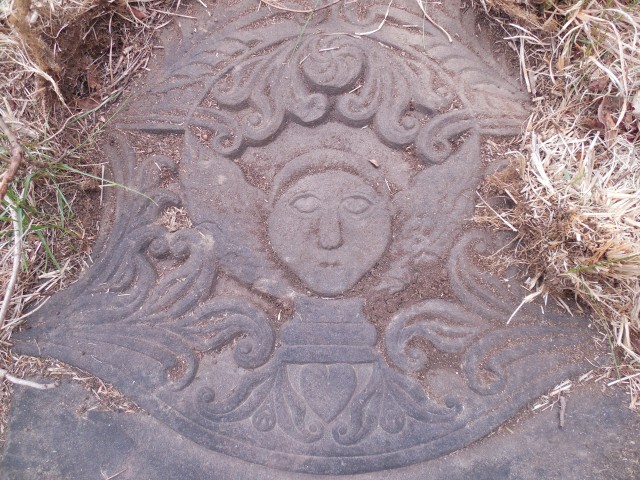 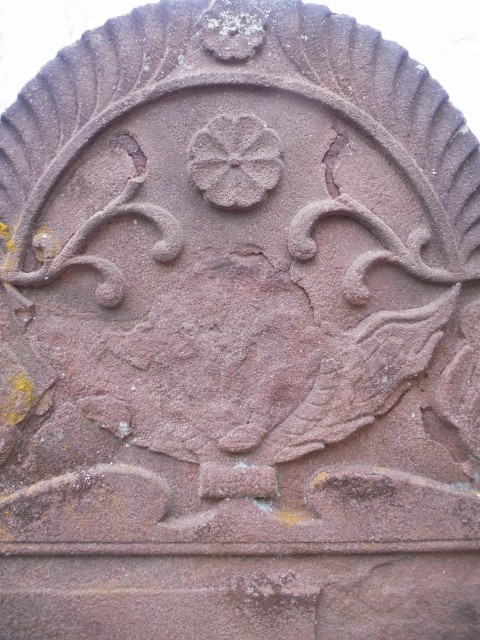 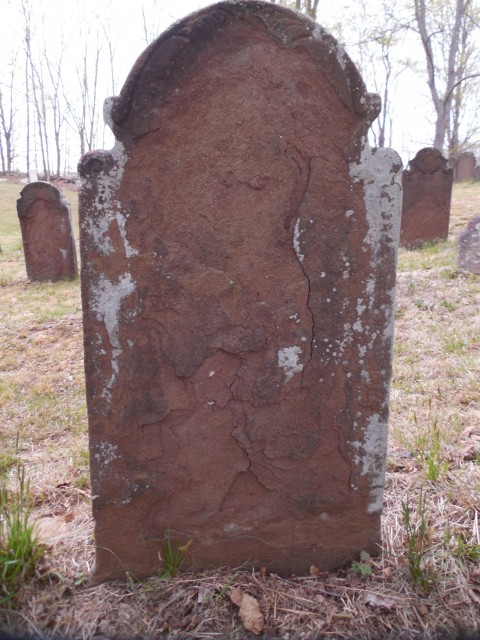 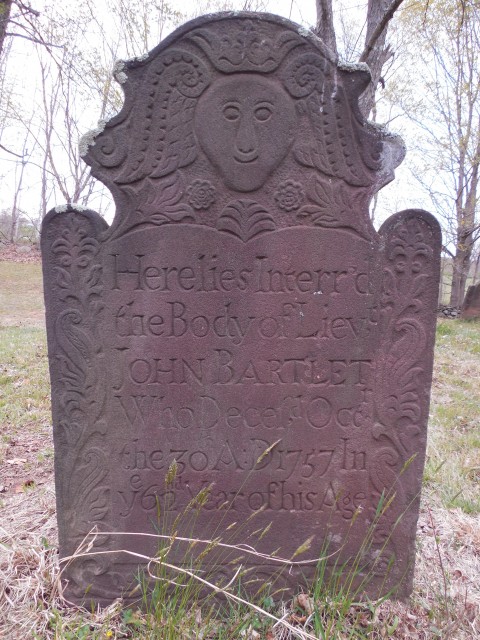 9.15.15 John Bartlet, 1757, Old North Buying Ground, Middlefield. Overview of marker. with one of the happiest faces on a carving fro this era. 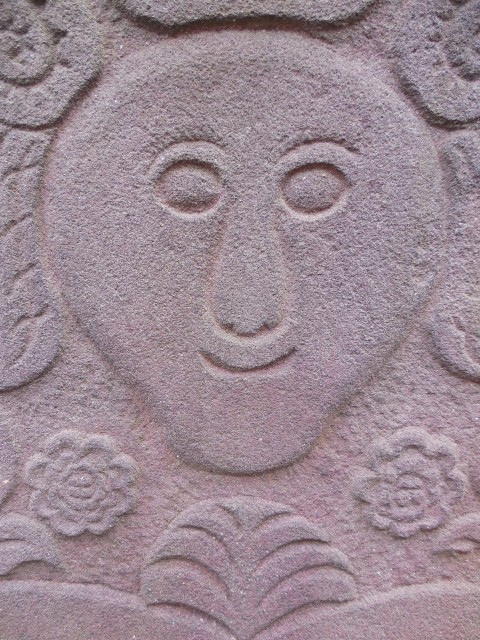 Early colonial settlers to the area in 1700 included Samuel, Samuel Wetmore and Benjamin Allen and the burying ground established in 1737.   The settlements became part of Middletown, but in 1744, the General Assembly recognized Middlefield as a separate religious society.  Located half way between Durham and Middletown, Middlefield became incorporated as a town in 1866.  The cemetery has excellent examples of colonial era Connecticut Valley Ornamental Style markers, many by local stone cutter David Miller.   Benjamin Allen’s marker is uniquely wonderful carving of a tree being felled by an arm welding a hatchet emerging from a billowing cloud.  A similar carving can be seen on the grave marker for Elizabeth Norton, 1751, Durham Old Cemetery, Durham CT. In both carving, healthy trees grow to the proper left (the viewer’s right), likely representing spouses and children that outlived the deceased. For additional information on the history of the cemetery, visit this wonderful article posted by Bryna O’Sullivan.

The markers suffer from a wide variety of deterioration issues.  The Connecticut Valley Sandstone markers endured years of weathering, organic growth, and disaggregation of the stone, spalling, stone loss, missing blocks, and stone foundation failures.   Marble markers have sugaring of the surfaces from acid rain exposure, loss of crystalline cohesion, breaks, cracks and unstable and failed foundations. An unusually large proportion l of grave stones are broken close to ground level from some unknown past event or series of events.  Whether from storm burst or reckless vandalism, the tall markers will be difficult to repair long term due to the leverage of the stones.  Future plans may require the use of stainless steel braces.   A historic repair in the cemetery shows a marker held in place with iron bolts and straps.  While unsightly and not an acceptable practice today, the hardware appears to have held the marker for decades with no signs of damage other than slight staining of the stone.