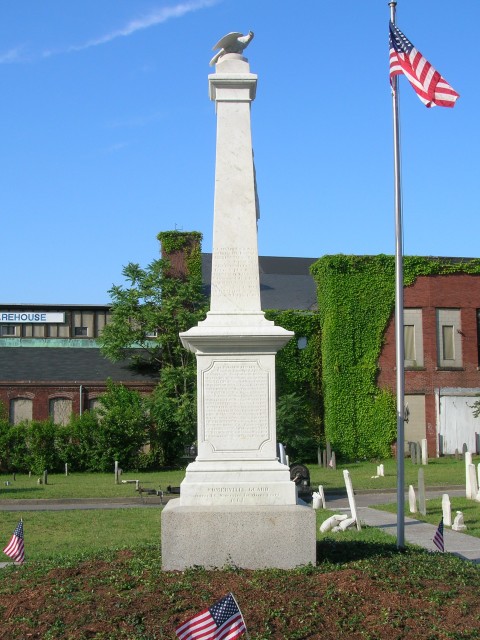 Soldiers Civil War Monument, 1863, Milk Row Cemetery, Somerville, MA.
Overview after treatment of one of the oldest Civil War monuments in the country. 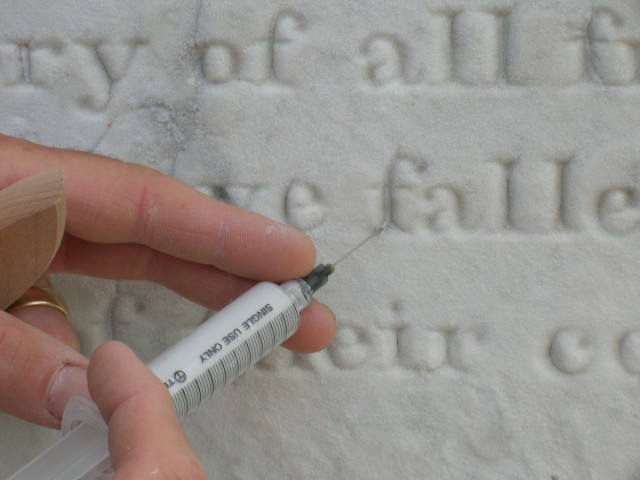 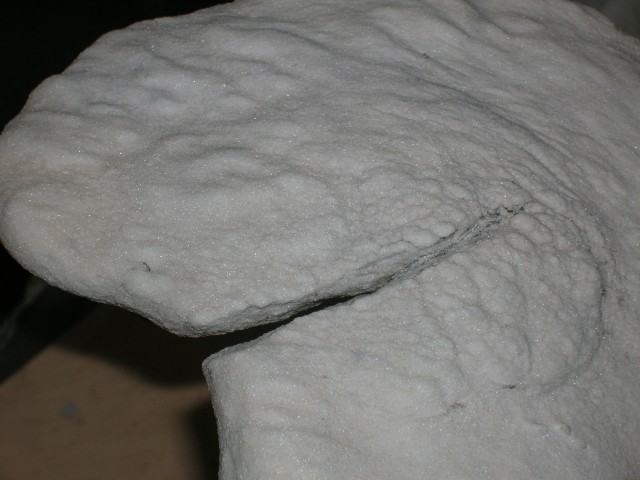 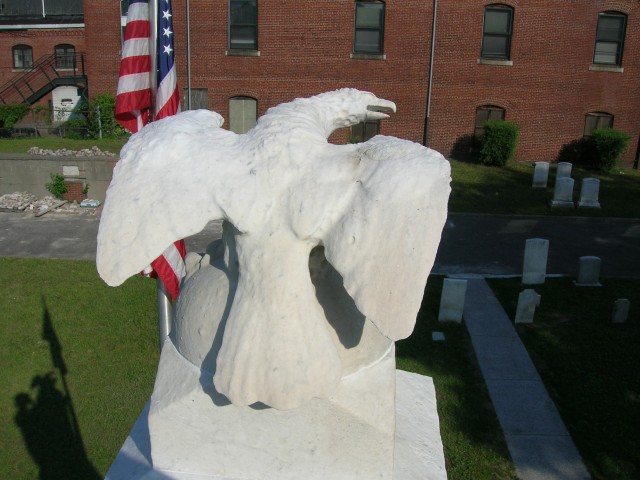 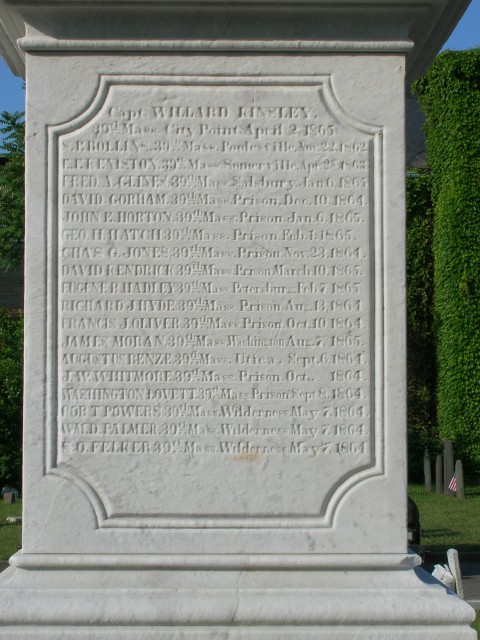 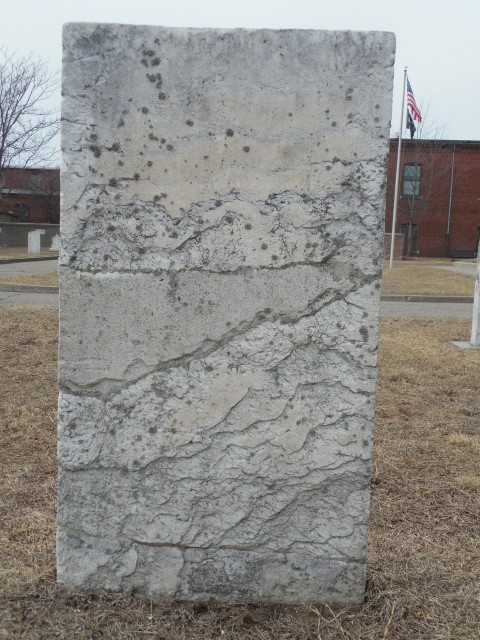 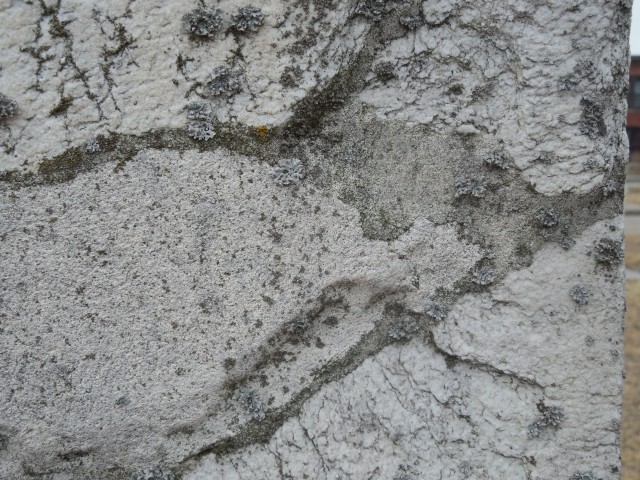 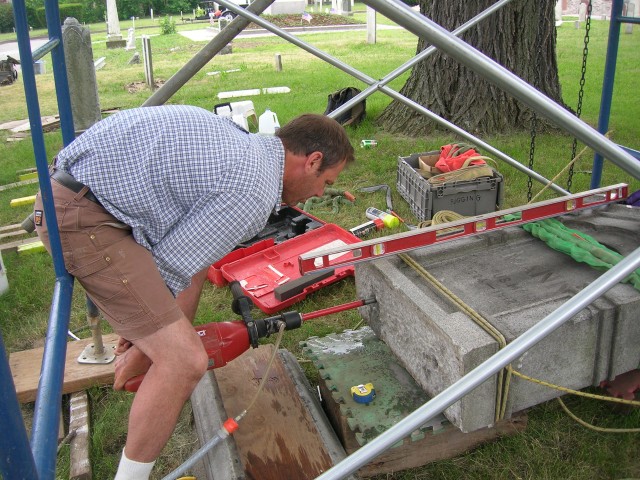 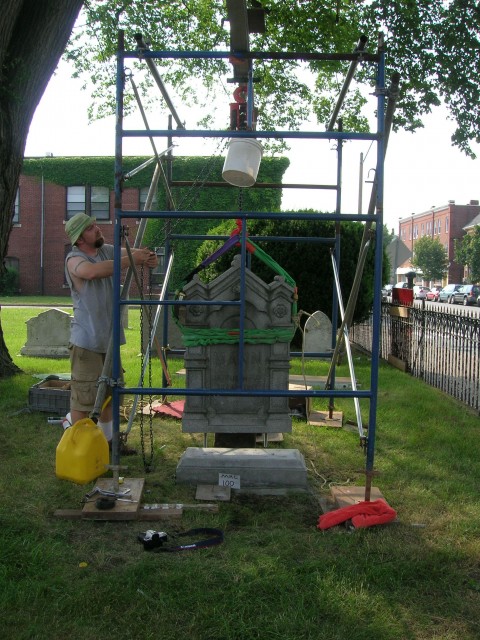 Established in 1804, in what was then Charlestown, Milk Row Cemetery consists of a .71 acre parcel in Somerville, MA.   Once part of the Tufts family farm, the namesake of Tufts University, the cemetery is said to have been named for it’s location on Milk Row, currently Somerville Avenue, a dairy route in the late 18th and early 19th centuries. With an estimation of 1,800 burials, only 155 markers, the Civil War Soldiers Monument and 8 tombs are visible today.  The markers consist primarily of marble with additional slate, granite and a single zinc, or “white bronze”.

One of the earliest Civil War Monuments in the nation, the central Civil War Soldiers Monument was erected in 1863.   The citizens of Somerville donated an excess of money to support the town’s first swell of volunteer soldiers during the Civil War, and then used the leftover funds to erect the 16-ft high marble obelisk crowned with a marble eagle to commemorate those who lost their lives.  The monument plot was donated by Enoch Robinson, a local locksmith.  Overall, 1135 men from Somerville served in the Civil War, and 68 of those who died in service have their names inscribed on the marble base of the monument.

The Civil War Soldiers Monument suffered from soiling, cracks, breaks on the eagle carving and severe loss of cohesion of the small, white, marble crystals of the eagle.  The grave markers  were also soiled,  the outer surfaces friable, cracked, broken, loss of broken sections, fallen and hazardously leaning.  Several of the marble markers had severe loss of marble crystal cohesion.   Many of the markers, and the marble tomb plaques had been previously reset with robust, and inappropriate bases/foundations/walls of brick and extremely hard portland cement.  When possible, without causing additional damage to the grave markers, these materials were removed and the stones appropriately treated and reset.  The site was inspected ten years after Conserve ART LLC treatment and the repairs remain in excellent condition.

Conservation Treatment of the Historic Cemetery