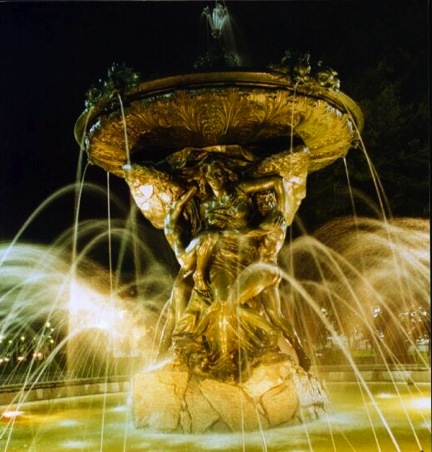 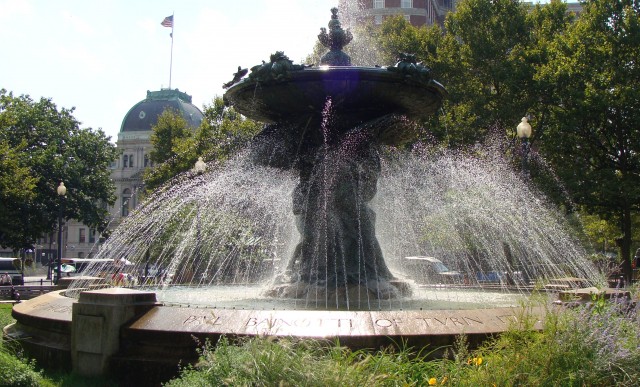 Bajnotti Fountain. Overview of bronze and basin after treatment. 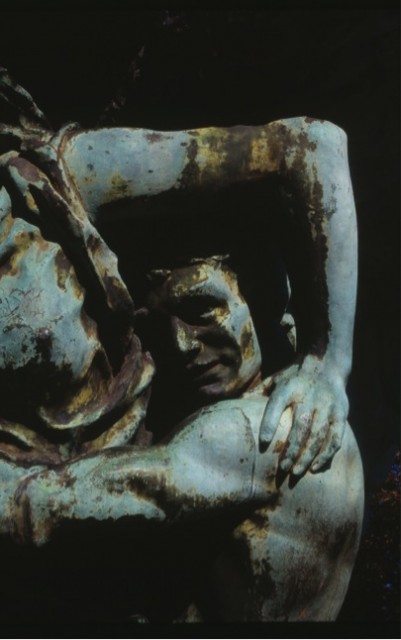 Bajnotti Fountain. Close-up of the fountain. 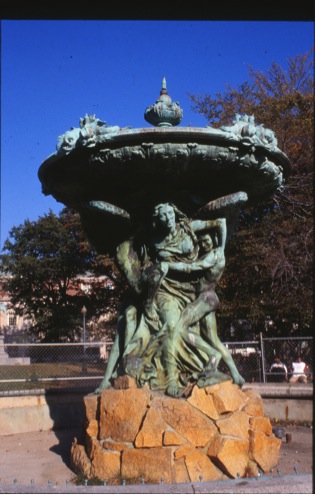 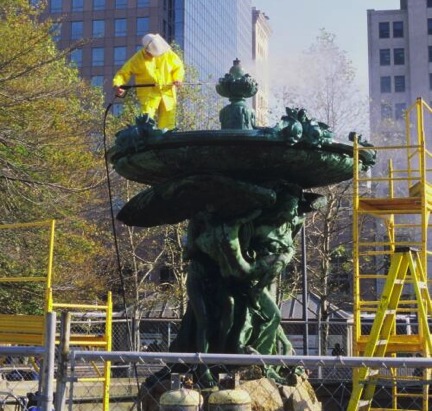 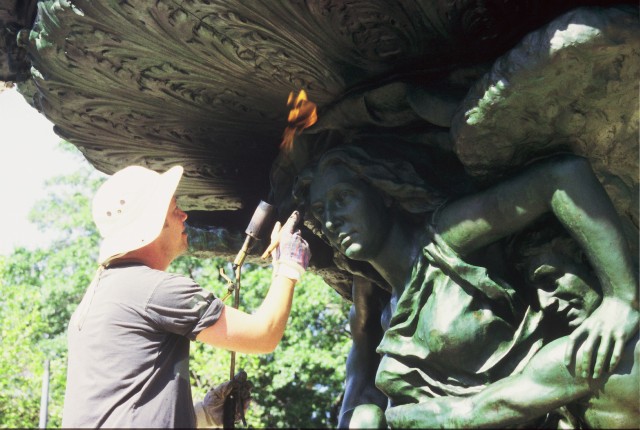 Designed by Enid Yandell, the Bajnotti Fountain (1899) resides in Kennedy Plaza, Providence, RI. This magnificent bronze fountain was commissioned by Paul Bajnotti, of Turin, Italy, as a memorial to his late wife, Carrie Brown. The fountain depicts a winged, female angel in the grip of earthbound male figures representing various human proclivities.

Sculptor Enid Yandell was born in 1870 into a prominent Kentucky family which encouraged her artistic development and career as a sculptor, a rare pursuit for women of her time. Yandell studied with prominent American sculptors Philip Martiny in Chicago and Karl Bitter in New York. She designed the caryatids for the rooftop garden at the 1893 World’s Columbian Exposition, an experience about which she wrote the book Three Girls in a Flat. In 1894, she went to Paris, where she studied with French sculptor Auguste Rodin and expatriate American sculptor Frederick MacMonnies. She became the second woman to be admitted to the National Sculpture Society in 1899, following Theo Alice Ruggle Kitson in 1895. Yandell was perhaps most recognized for her sculptures of local Kentucky figures, such as her 1906 bronze of Daniel Boone which resides in Louisville, Kentucky. In her later life, Yandell turned away from sculpting and devoted the majority of her time to social missions such as women’s suffrage and the Red Cross.